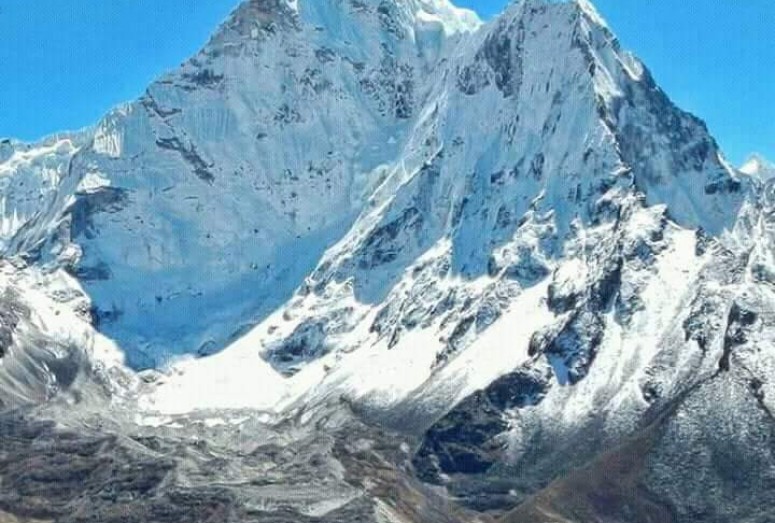 Mt. Ama Dablam has been considered the prettiest mountain in the world. High on her Southwest face hangs a glacier resembling a 'Dablam' - the sacred ornament box worn by ladies in the Sherpa community. It was this spectacular feature that got her the name "Ama Dablam". She lies alongside Everest in the heart of the Khumbu valley offering a superb diversions close up view of Mt Lhotse, Mt. Makalu, Mt. Cho Oyu and Mt. Everest. If you have previous climbing experience and wish to participate fully as a team member of an expertly led expedition to one of the world's most impressive mountain then climbing expedition to Ama Dablam is the best suited. This Mountain is a technically demanding mountain for climbing in Nepal. It is considered an ornament of the Himalayas in Nepal. Although the height is only 6812m Ama Dablam expedition requires steep ice, rock and snow climbing. Normally, three camps are set in Ama Dablam climbing above the base camp (4,570m), however, only two camps are used to spend the nights. The normal route for climbing is South-West Ridge. The ascent from Base Camp to camp 1st is considered one the difficult days of the expedition